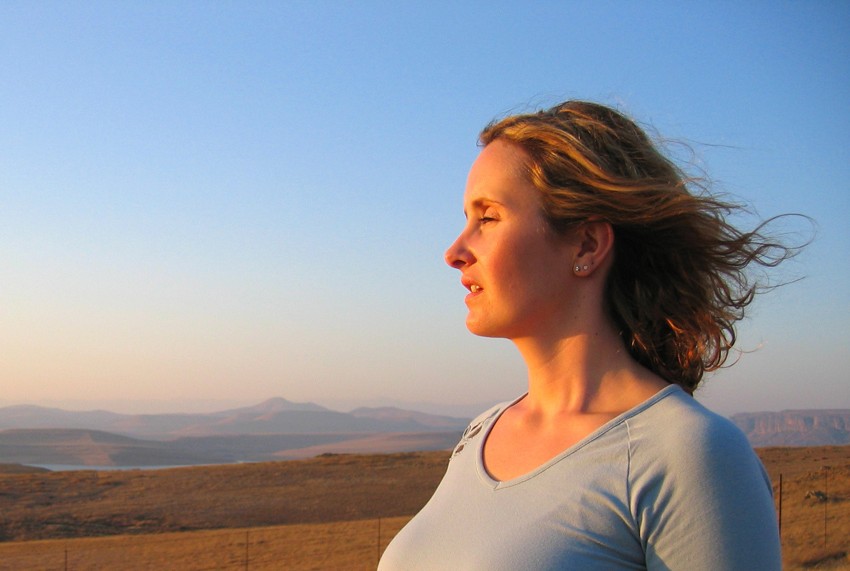 A segment of a radio interview with participants in the Sycamore Tree Project about their experience of going into a prison to meet convicted criminals.

LYNNE:  Having a voice. I’ve been able to express how it affected us, and to tell our story, and also to listen to them, just realizing that they are all victims as well, mostly, of why they have gone out and offended because something’s gone wrong and it’s a sad turn of events. Sometimes it happens that they’ve ended up getting caught.

PETER:  Lynne, when we have a voice, there’s a whole sense of reempowerment, isn’t it? Because when you’ve actually experienced crime, you’re disempowered

PETER:  A lot is taken away from you but you actually have a voice again. It reempowers, doesn’t it?

PETER:  Yes. Michelle, what was the significant moment for you?

MICHELLE:  Probably after Ross’ story, all of the prisoners wanted to – you could see it in their faces, the way they were acting towards Ross – you could see they just wanted to go over and give him a hug or something. But it actually made them come out of their shell more. They started talking more openly to us about all sorts of things like the crimes that were committed against them, the crime that they caused. I just noticed that after Ross’ story, that was the key moment when they all started to open up.

PETER:  Martin, what was the significant moment for you?

MARTIN:  The whole experience was a wonderful one for me, as the facilitator, to just guide people through this journey and see the lights pop on, see people transforming and embracing that transformation and to see something that’s totally outside our normal experience. I think the moment that I’ll treasure is in the last session where Ross,  who probably risked the most in coming in to the program – he has undergone incredible damage to his life and he was very brave to even consider  coming in. But he said – I’m getting choked up – he said you’ve made my life easier to live. For him to say that on the day that the pain that he experiences, that was a gift to me to say that this program has made his daily life less painful.

MARTIN:  Yes, it’s miraculous. And everywhere you see it around the world, everyone says the same thing. They have the same experiences, the same people going to the program, not really understanding what’s going to happen, but saying they’ll give it a go. And then whammo, these lights pop on. People feel healing, they transform.

This is the same effect that has happened for us through the publication of this piece in the newspaper. People ringing us to say, “Hey, I was a victim and I want to help you. I want to come in to this program. I want to help you.” People from other prisons saying, “Hey. We want this in our system.” These are people who can be very cynical and have every right to be.

Some of the programs you see in prison are supposed to be the best that we can offer but what we are hearing is this is the program that actually works. It actually changes people. It raises the empathy level of inmates and provides a benefit for the victims coming in. So we’re not making any harm in the process. This is a massive Positive effect that has come of it.

MARTIN:  That’s right. The Corrective  Services Department needs to be encouraged to continue to embrace this program. The various prisons need to be encouraged to run it. I think we would like encouragement from the Christian community and the people in government to say, “We really need to revisit this whole issue of the way we deal with crime.”

As many other countries are doing at the moment, they’re saying, “It is too expensive. It’s not delivering a social benefit. So there needs to be a revolutionary thinking amongst people. But if people have read that story, I urge them to take it to their local member, particularly a state local member and say, “Hey, what’s going on? These guys with zero budget have revolutionized the lives of these people and they’re changing things. Why didn’t we have that 10 years ago when this guy was first asking for it? What’s stopping us from running it in all the prisons in Queensland?”

PETER:  If people missed the article, can they get it online as a PDF file somewhere?

MARTIN:  They can get it from our website which is PFQueensland.info. They can download a PDF of that article immediately

PETER:  I know three state parliamentarians  are going to get it this week. With a personal note.

MARTIN:  We have met some parliamentarians. We’re going to meet a few more. The process is ongoing but it does come down to real people owning up and saying, “Please change the system.”

PETER:  They might not know, when we talked about this 6 months ago, one of the issues was actually finding people like Michelle and Lynne who would put their hand up and say, “Yes, count me in.”

PETER:  Let’s talk about that need for this program to expand.

MARTIN:  That’s essential. All of the people who went in this time want to go in again.  That’s exciting for us. But we do need, and for your own benefit, if you’re sitting at home and you’ve experienced a crime maybe five years ago, maybe you’re over the worst of it but you realize that there’s a barrier there that you haven’t felt closure about it but there’s complications, maybe it wasn’t a crime that was reported or went through a court case.

Everyone has a different situation but please contact us at the website PFQueensland.info and put your name down to come on to the program. We’ll assess whether it’s a program that can benefit you. Please tell your friends about it and be part of this change.

PETER:  Ladies, why do it again?

LYNNE:  Just to see the reaction from the prisoners themselves and see how it changed them as well because each week, we did a little assignment, did a homework each. It was for both the victims and the offenders to do that and then we talked about it the following week. They got also to talk amongst themselves, the prisoners.

MICHELLE:  We did, too, on the way home.

LYNNE:  With them talking amongst themselves, they worked out a lot of things.  What had happened to them, who they had offended. I think it’s the realization that they actually had which really opened their eyes up. It also let them realize that, Okay, you’ve done something but you can change. And you can change for the better. You don’t have to go out there and offend again and hurt somebody else and hurt your own family as well because then you get put back into prison or whatever. Then, you miss your family and you miss your friends – the effect that it has there.